What is a Mirrorless Camera?

Mirrorless cameras are, simply put, cameras without a mirror. Unlike DSLRs, they don’t have a mirror that’s involved in and necessary for their function.

Why a Mirrorless Camera?

Additionally, at similar price points, mirrorless cameras are more likely to offer things like touchscreens than DSLRs, and they function fairly similarly to a smartphone camera, which often makes them easier for new photographers to figure out.

If you’re trying to decide between a DSLR camera or a mirrorless camera, consider the following.

Mirrorless cameras are generally more portable. The fact that they have fewer moving parts makes them a lot simpler in ways that translate really well to portability and ease of use. They’re frequently recommended for travel photography.

Mirrorless cameras make a great choice for beginners because of their portability, ease of use, quality, and stabilization.

If you need a camera with longer battery life or more equipment options, you may want to take a look at DSLR cameras, but chances are good that if you’ve read this far, you’re leaning toward a mirrorless camera, and there are plenty of great reasons for that!

What to Look for in a Mirrorless Camera

If you’re new to photography, or at least new to purchasing a non-smartphone camera, there are a few things you’ll want to look for in a mirrorless camera.

Until you know exactly what you like in a camera and equipment, it is often a good idea to start on the lower end of camera costs.

However, you don’t want to get one that’s terribly lacking in quality or features, or so complicated that you give up on photography entirely.

There’s a good middle ground, where you’re going to get a good camera for yourself without spending too much.

For mirrorless cameras, you’re looking at a budget between $450 and $800 USD for an entry-level camera that you won’t outgrow too quickly.

It’s important to have a camera that gives you better photos than your smartphone (because or else, why bother?) and that won’t fall apart the first time you use it.

Ease of Use / Availability of Features

As a beginning photographer, it’s important to have enough features that you can learn and grow, without having too many features and too complicated a camera to figure out.

The Best Mirrorless Cameras for Beginners

The best mirrorless camera for beginners is one that is easy to use but still gives room to grow and learn.

Below are the top three options, one at each point in that ideal budget range: cheapest, mid-point, and most expensive. At the time of writing, all these cameras are under $800.

This is one of the cheapest mirrorless cameras available that is still worth buying. On Amazon, it’s currently rated 4.4 stars.

It has more pros than cons and is rated for beginner through intermediate levels, so it will grow with you for a little while despite the low price.

This camera is at a good mid-point, price-wise. As do most Canon products, it has a lot of options to bundle the camera with various lenses or equipment. This will increase the price, but chances are good that you’ll want at least one extra lens, anyway, no matter which camera you choose. This camera is currently rated a whopping 4.8 stars on Amazon.  Check the price on Amazon by Clicking the photos.

This camera is on the high end of a good starter budget, but if you’re certain you’re going to stick with photography for a while or that you’re going to profit, it might be worth the extra investment. It’s rated 4.5 stars on Amazon. check the price on amazon buy clicking the photos.

In the end, what camera you buy will depend on your individual needs, goals, and budget. Hopefully, you now have a good base of knowledge to make your choice, as well as some good options to choose from.

This should result in some good equipment that will let you take the best photos and videos you’re interested in taking! 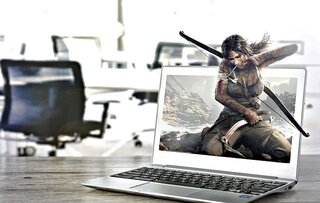