One of the most relevant questions while buying a laptop or a system is to determine what amount of internal storage should be sufficient for you.

The answer, however, is not that easy, as you need to roughly size up the amount of data and files you need to save on your laptop.

One more fact that is interesting is that whatever value of hard disk you opt for, it is always less than the face value as it does not incorporate operating system memory that has a substantial range.

If you go for a 512GB hard disk, it will offer 20-30GB less than the face value because of the memory used up by the operating system.

For general usage of 256GB, a hard disk is favorable, so you do not feel sorry afterward. Let us have a little more in-depth analysis of the types of internal storage typically used nowadays.

What is Hard Disk Drive (HDD)?

It is a more traditional type of internal storage that connects to the motherboard through an integrated port BarraCuda 2TB Internal Hard Drive, which consists of a disk that rotates and stores the data as the read/write arm passes on it.

The read/write arm gets used for both reading and writing the data onto the disk. The quicker the disk rotates, the faster is the operation of the hard disk in loading or saving data.

All your systems files, apps, and programs get stored in the drive that is capable of optimizing a machine’s performance substantially. Nowadays, the new drives are connected to the motherboard via a SATA III connection.

What is Solid State Drive (SSD)?

A solid-state drive is not your conventional hard disk drive, is a more modern type of internal storage that is mostly used in laptops nowadays. Instead of having movable parts like the HDD, this storage type has Negative AND memory cells that enable it to store data more quickly and load it even more rapidly.

The higher the number of NAND cells, the higher the storage capacity. The connection that it uses to connect to the machine’s motherboard is SATA, but the latest connection type now is SATA III 2.5 1TB SSD, which makes this storage type much quicker than an ordinary HDD.

With a little introduction to both the memory storage types, let us undergo a more detailed analysis of which is better for your laptop in terms of a few variables that are important.

If you only give importance to the storage capacity, then HDDs are much more economical and have higher storage than SSDs. People that prefer cheap and large storage devices generally go for HDDs.

They can even range up to 10TB, which gets mostly used for big enterprises that require lots and many backup facilities. A 1TB hard disk, is much preferable in both price and storage as compared to a solid-state drive with a similar price.

Speed is the factor that separates the 2-internal storage types drastically. SSDs are much quicker in operation than HDDs. Even when SSDs only had SATA III connections technology, they were predominantly ahead in speed from traditional hard disks.

However, after the introduction of new connection technologies like PCIe and M2, the speed optimization gap has further increased.

As hard disks only depend upon the revolutions per minute of the rotating circular disks, that is why it never gets compared with SSDs in terms of operation time and speed.

If you try to buy hard disks with much higher RPM, the price hike is not favorable. In contrast, SSDs do not have any mechanical parts because of which they have zero dependence upon revolutions, making them way faster than HDDs.

If you want minimal usage of laptop battery, then a Solid-state drive (SSD) is much more beneficial for you as compared to a traditional Hard disk. SSDs use lesser power because of the absence of any mechanical part resulting in increasing the laptop battery time.

What Do We Recommend?

When it comes to recommending a storage type, it is dependent upon the person’s use for such as Gaming or personal use and the budget. For people that require a high-speed, robust, and more efficient way of storing data, we recommend Samsung (MZ-V7S1T0B/AM) 970 EVO Plus SSD, which is a touch expensive but serves all the purposes mentioned above and provides sufficient storage of 512GB that is more than enough.

In contrast, if you are looking for a more economical or Gaming Laptop and higher capacity storage drive for your laptop, you should go for Seagate Barracuda 2TB, an Internal Hard Drive HDD that is cheap and has a storage of 2TB that is much higher than the SSD. 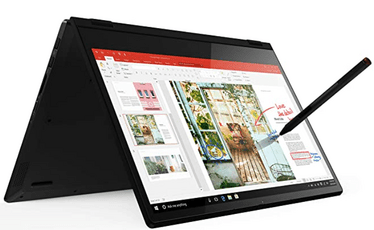