In 2021, the world of consoles has three clear sides: Microsoft’s Xbox One Sony with its PlayStation 4, , and a little further back, the Nintendo model and its Switch.

With the next generation consoles around the corner from Microsoft and Sony. You will be thinking of buying a PlayStation 5, or an Xbox series x. (the best game console of all time if we talk about hardware).

If you are going to buy one of the existing consoles, and you are (not counting the next-gen ones). Then the choosing one can be a complicated task. What advantages does one have over the other? Which one is more in line with what I expect from a game console? What games do they have?

There is no single answer. It must be clear that there is no better console than another. Since both have their own strengths and weaknesses, and each one will better fit a type of player. You can read the technical specifications of Microsoft and Sony consoles and their versions in this link.

Yet, we will still analyze the two main consoles ( PlayStation 4 PRO you can buy on Amazon by clicking the Buy it on Amazon,and Xbox One X. The strengths and weaknesses in reviewing the following aspects:

How are we going to play? Online, offline, individual, or with more people (multiplayer mode).

The use of the benefits of our television, if it had them. If we want to play solely on the console, or with a group, we intend to alternate between different platforms. The price understood as the cost of the console, and video games. Both in physical and digital format, through their platforms and subscription methods. Xbox or PlayStation? Let us help you!

Xbox One: the most complete service for much less

The Xbox One is the game console par excellence to play online. You just have to take a look at their greatest hits to verify it: Halo, Forza Horizon, Gears of War, Sea of Thieves, the State of Decay … all they focused on multiplayer mode.

Another interesting point of Xbox One is the price. If you have looked at the last row. The one related to the current prices of the consoles. Then you would discover that despite the launch prices, in general. the Xbox One is cheaper than the rest, at least in S format.

Also, thanks to Xbox Game Pass, enjoying it is also more affordable if the intention is to spend hours. The Xbox Game Pass is a kind of Netflix of video games. That for the $10/month offers you 100 titles as standard so you can play, also to enjoy many new features.

One aspect of its platform to keep in mind is that you do not have to wait. All new games from Microsoft (and many others from other companies) arrive on the console the same day they are released. Without going any further Forza Horizon 4, one of the best driving and sports games of this year was from day one on the Xbox Game Pass. You can also cancel your subscription anytime you want.

If you add EA Access for $ 20 a year, you cover the share of essentials and large EA releases. Which arrive in its catalogue after a few months, besides to early access to its news.

If you are a Windows user and you play on a PC. The Xbox One has another asset for you. you can take the computer’s contents and the Xbox from one computer to another. That is, if you have bought Forza Horizon 4 on Xbox, you can also play with it on your computer.

Moreover, another interesting point for those who come from Gaming PC: with Xbox One, you can play with a mouse and keyboard.

Xbox One S or Xbox One X? The S model offers a lighter version and allows us to enjoy high definition cinema. But if you are more demanding.

Then the Xbox One X provides more performance and better cooling, although its main asset is that it reproduces native 4K, in video games.

Therefore, if you have a TV with 4K resolution and you are going to play new titles or those that have already been improved. The Xbox One X offers a more complete audio-visual experience.

PlayStation 4, has a brand recognition of a saga that dates back a quarter of a century of life, at which time the original PlayStation saw the light. Thus, generations of gamers have grown up accompanied by the Sony console, creating emotional bonds.

Another of the pillars of the PlayStation 4 lies in its community of players. Besides, is that Sony has sold more than 80 million PlayStation 4 worldwide since its launch. Yet, this figure does not have to correspond to active players or their online players.

A figure achieved among other things. to the reluctance of the Japanese company to cross-play, that is, to the game compatible with several platforms.

So if you wanted to play FIFA or Call of Duty with your friends, they had to get hold of the console. The tactical advantage of word of mouth. A door that Sony seems to have opened with Fortnite.

If there is something attractive about PlayStation 4 it is its wide catalog of games, seasoned with Sony’s own and exclusive licenses, with such remarkable titles as God of War, Uncharted, or Horizon Zero Dawn, and the return of classics such as PaRappa the Rapper or Wipeout.

This is must be added the 30 days of early access to content for Call of Duty, or Red Dead, Redemption 2, A great brand recognition, a consolidated product, and a wide range of games in its stock make the PlayStation 4 attractive not only for gamers but also for companies, constituting an intermediate way of adapting games. Thus, it is common to find that PC titles make the leap to video consoles through the Sony platform.

Another important point is that Sony looks to the future with great launches that reinforce brand loyalty, fuelling the hype. Two years ago, it was the launch of God of War and Marvel’s Spiderman, and this year the second part of The Last of Us came out. As you can see, exclusive quality content is the watchword of the PlayStation 4.

The main claim of the PlayStation 4 Pro, Sony’s most powerful console, is the 4K. Even so, you have to read the fine print: Xbox One X is the only one to offer it real natively, while the PlayStation 4 Pro is scaled, expanding the image to cover that 4 K through software. Of course, that resolution is only reached if the games are adapted (with the necessary update) and if we have a 4K television.

Choose the game console that best suits your needs and tastes, either one will give you a great experience in the world of video games, there is no doubt about that news. 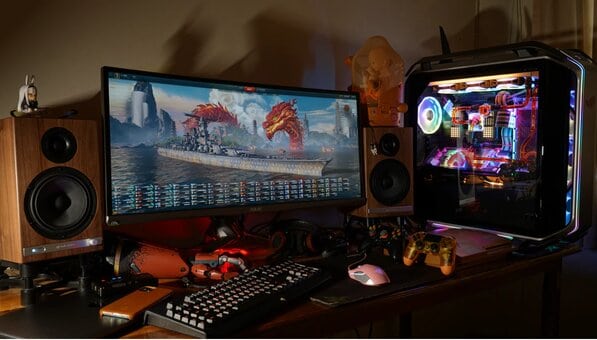 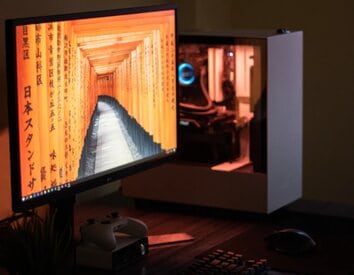