[we are an affiliate site, we may earn a commission when you purchase through the links on our site}

If you’ve been considering buying a console or gaming system, chances are you’ve looked at the Nintendo Switch.

The Switch is a little older and packs a lot less power than the consoles that are currently in high demand. for instance, the screen resolution on the Switch itself is 720p and can go up to 1080p when correctly hooked up to a television.

whereas the Xbox Series X and the PS5 can go up to 4k resolution with the right television. However, the Switch is portable, convertible, and currently easier to find. It is also a fantastic gaming system and absolutely worth buying.

That said, it does depend some on your preferred style of gameplay.

What is a Nintendo Switch Good For?

If you are interested in the fastest system and the best graphics, chances are that the Switch isn’t going to be your best pick for a primary console (but it still might make a good secondary or family Gaming console!).

If you like simpler games or don’t bother turning up your graphics settings, though, you might not even notice these areas lacking in the Nintendo Switch.

The little, handheld-or-console system does a fantastic job of running games like Minecraft Dungeons or Super Smash Bros Ultimate. If these are your preferred types of games, there may be no need to look for better graphics.

The portability is also a huge plus. While it can be a bit gimmicky if you really only play games in one place, attached to one TV.

The Switch is handy if you like to play in more than one place, like the living room and the bedroom, or while you’re waiting for the bus.

It’s also very convenient if you travel a lot, since it’s easy to hook up to any TV, and you can also just stick to using the built-in screen, which looks perfectly bright and clear for simple, colorful games.

These downloads are very convenient, but it’s also very easy to run out of built-in storage space in no time. The expandable storage is a greatly appreciated feature!

You Want to Buy a Switch: Which One?

If you have decided the Nintendo Switch is a good fit for you and the way you play, then the next step is to decide which version to buy.

The original Nintendo Switch Console is really the winner if you like to play in more than one mode. If you want to be able to use your Switch as a portable gaming system and as a console hooked up to your television, this is the one you want.

Because it can hook up to the television, it also offers a little better resolution than the Switch Lite. Additionally, it comes with a pair of Joy-Cons and a grip for them, plus you can charge the Joy-Cons by simply attaching them to the Switch.

The Switch also offers a couple of ways to play even without hooking it up to the TV; you can play it like a standard.

Handheld gaming system or you can use the kickstand to set it up like a small television so two people can play by detaching the Joy-Cons.

Because of the different ways, it can be used, it is a little bigger, with a bigger screen and bigger overall dimensions, and shorter battery life since it has a lot more power output than the Lite.

If you’re rarely or never going to want to play on a television screen, or if you prefer small screens (some people struggle switching back and forth between smartphones and large TVs).

Or if the difference in size and weight is important to you, you might want the Switch Lite. The Switch Lite is pretty darned convenient, and It fits easily enough in even a medium purse or small backpack. I’ve even put one in a large pant pocket before.

The Switch Lite is also more appealing, visually, to some people because of the color options. Unlike the Switch console, which is black (except for the detachable Joy-Cons), the Switch Lite comes in bright colors that cover the whole system.

Since it’s not modular, it also looks more cohesive. Not being able to hook it up to a TV or to a streaming system can be a pretty big deal-breaker for some, though.

*The Switch console currently costs $299 USD, and the Switch Lite costs $199. However, if you plan to buy a pair of Joy-Cons and a grip for your Switch Lite, that’ll make it so they come to about the same price;

A pair of Joy-Cons alone cost around $80 new, and that’s before the grip or anything to charge them. On the main Switch console, however, these are included.

As you can see, the Nintendo Switch is a really versatile system with multiple options to fit your play style and your lifestyle. If you want a super convertible gaming system and console.

The Nintendo Switch is fantastic, and if you just want a solid, attractive, handheld gaming unit, the Switch Lite is an awesome choice.

Either way, if you like Nintendo’s style of gaming, you should absolutely consider the Nintendo Switch and Switch Lite worth buying. 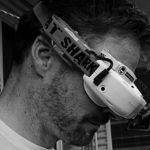 What is FPV Drone Racing? 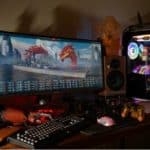 How to Choose the Gaming Monitor? 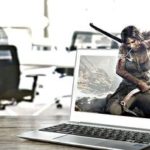 Are Gaming Laptops Worth it? 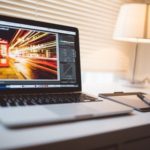 How Much Storage do I need on my Laptop?